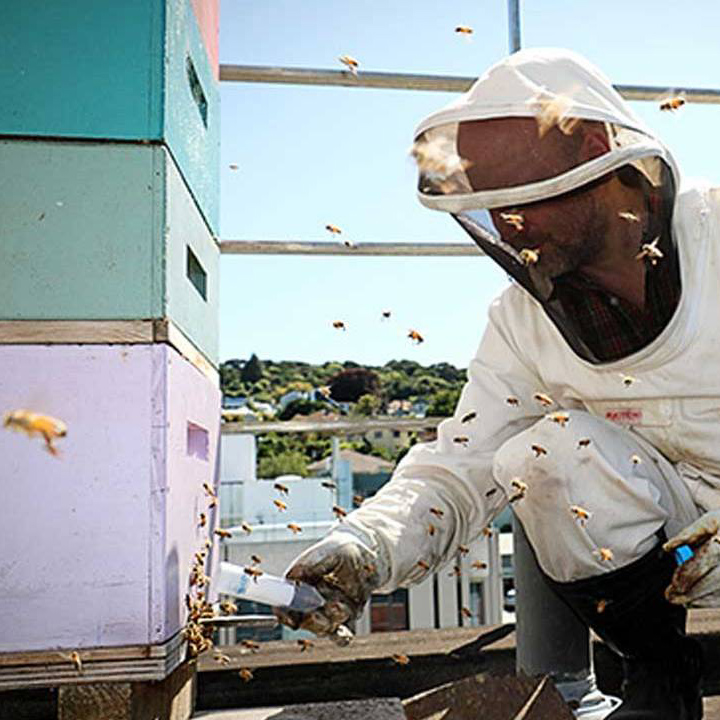 Similarities in bee and human brains

A new study from the University of Otago and the university of Heidelberg has found a link between activity in the brain of bees and humans. The team found that the alpha oscillations in bees have similar properties to the human brain. Alpha oscillations are associated with brain functions like attention, memory, and consciousness.

Szyszka collaborated with Dr. Tzvetan Popov of the University of Heidelberg in Germany, the study’s lead author, to study the brains of regular honey bees living in outdoor hives.

Studying the brains of bees allows scientists to overcome the limitations and apply that knowledge to research and potentially treat human brains. In their research, the team used regular honeybees from outdoor hives. The bees were stimulated with odours in the lab with microscopic electrodes.

Scientists say that it is “fascinating” to see how the alpha oscillations in the bee brain change during natural behaviours. Researchers say that bees can learn to associate odours with food in a similar way as humans can. The team now wants to determine how the alpha oscillations change in different situations. Specifically, they want to know how they change when a bee forages or sleeps.

Szyszka is now looking for students looking to master in Zoology or Neuroscience to continue the project. The goal is to further examine the relationship between brain waves and learning memory. The team doesn’t say how the microscopic probes are inserted in the bee brains. The research is a collaboration between multiple universities, including the University of Heidelberg in Germany.

Source article 1: Honeybee brains could be a good model to study the human brain