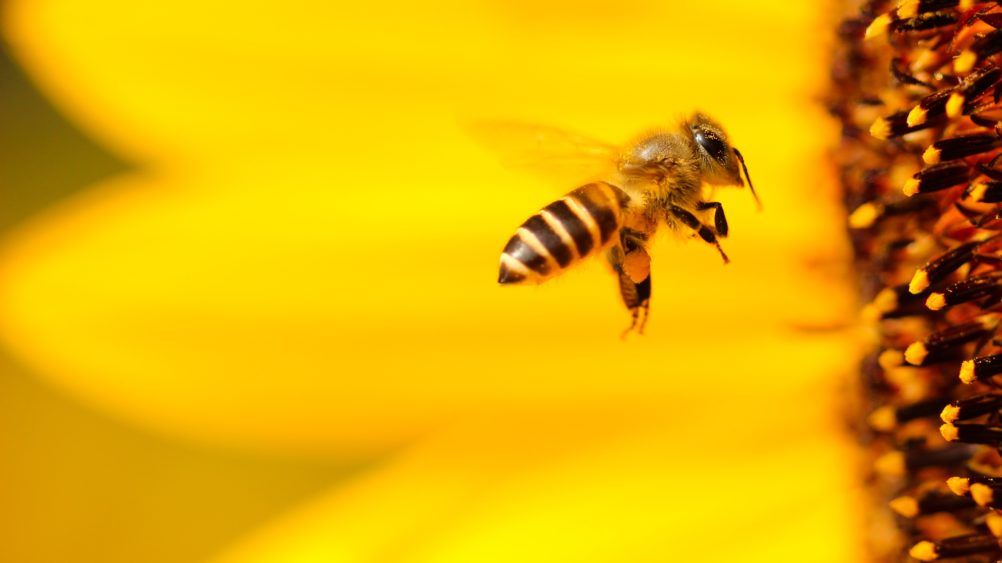 Honey bees are super-important pollinators for flowers, fruits and vegetables. This means that they help other plants grow! Bees transfer pollen between the male and female parts, allowing plants to grow seeds and fruit.

Honey bees live in hives (or colonies). The members of the hive are divided into three types:

Queen: One queen runs the whole hive. Her job is to lay the eggs that will spawn the hive’s next generation of bees. The queen also produces chemicals that guide the behaviour of the other bees.

Workers: these are all female and their roles are to forage for food (pollen and nectar from flowers), build and protect the hive, clean and circulate air by beating their wings. Workers are the only bees most people ever see flying around outside the hive.

Drones: These are the male bees, and their purpose is to mate with the new queen. Several hundred live in each hive during the spring and summer. But come winter, when the hive goes into survival mode, the drones are kicked out!

What are these buzzing bugs most famous for? Delicious honey! But did you know they produce honey as food stores for the hive during winter? Luckily for us, these efficient little workers produce 2-3 time more honey than they need, so we get to enjoy the tasty treat, too!

If the queen bee dies, workers will create a new queen by selecting a young larva (the newly hatched baby insects) and feeding it a special food called “royal jelly“. This enables the larva to develop into a fertile queen.

Honey bees are fab flyers. They fly at a speed of around 25km per hour and beat their wings 200 times per second!

Each bee has 170 odorant receptors, which means they have one serious sense of smell! They use this to communicate within the hive and to recognise different types of flowers when looking for food.

The average worker bee lives for just five to six weeks. During this time, she’ll produce around a twelfth of a teaspoon of honey.

The queen can live up to five years. She is busiest in the summer months, when she can lay up to 2,500 eggs a day!

Honey bees are also brilliant boogiers! To share information about the best food sources, they perform their ‘waggle dance’. When the worker returns to the hive, it moves in a figure-of-eight and waggles its body to indicate the direction of the food source. Cool, huh?

Sadly, over the past 15 years, colonies of bees have been disappearing, and the reason remains unknown. Referred to as ‘colony collapse disorder’, billions of Honey bees across the world are leaving their hives, never to return. In some regions, up to 90% of bees have disappeared!

We can all do our bit to support these brilliant bugs, gang! Why not plant flowers rich in nectar, such as lavender, which will help bees find the food they need? Also, be sure to choose local South African honey, too, which will support our Honey bees and their beekeepers! 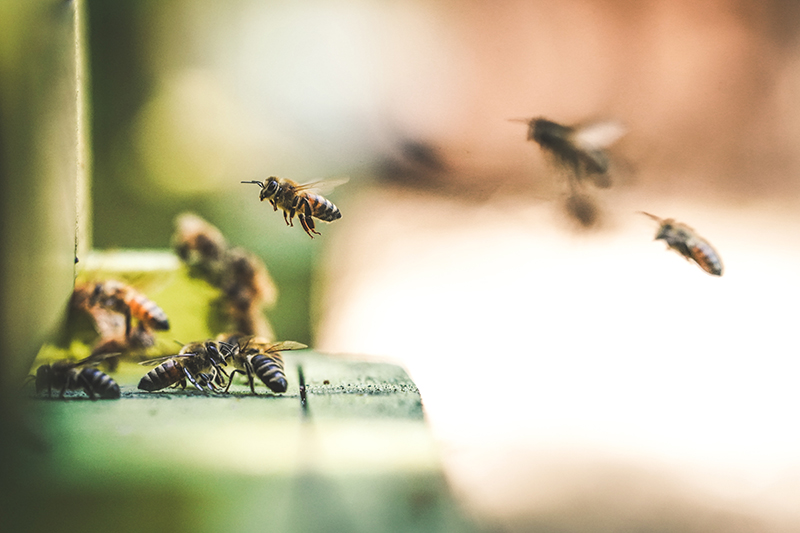